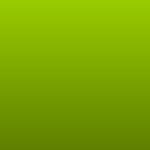 Blood Was Splattered All Over The Ground Read Count : 19