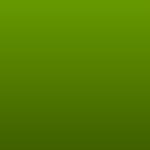 I Almost Somebody Episode 1 Read Count : 7