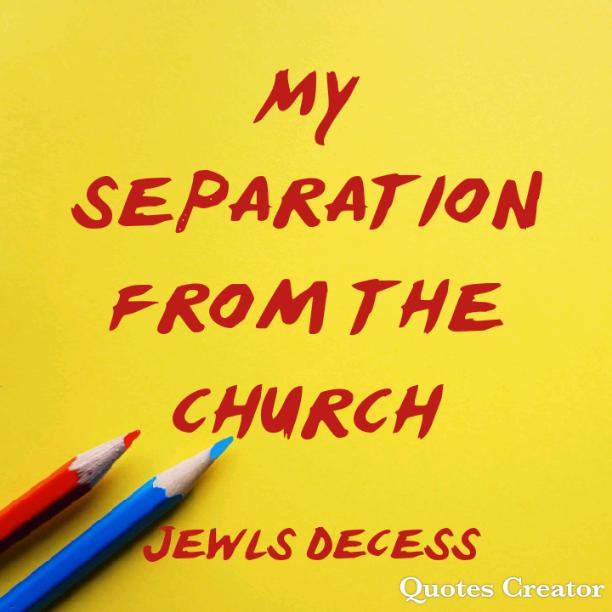 My Separation From The Church Read Count : 16